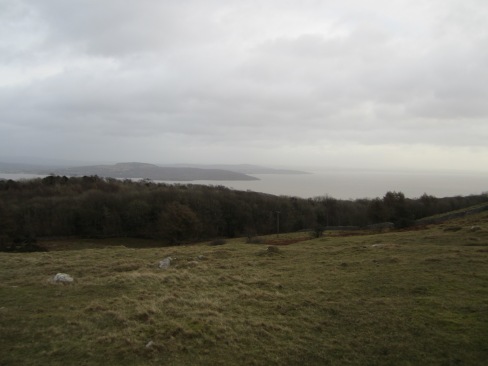 Resolving to see more of our suroundings in 2012, we made an early start to our good intentions with a fell walk around Grange-Over-Sands. Despite a what would be euphemistically known around these parts as a ‘bracing’ wind ( gusts of up to 100MPH on peaks) we hiked to the hospice overlooking Grange. The hospice was built by some inspiring Victorian gentleman to provide shelter for fell walkers and is suitably (and not a little eccentrically) equiped with stone seats, poems and a lookout post boasting a rather ingenious rotating wooden arrow pinpointing local landmarks via a key.

As keen (if not infrequent) walkers we are suprised on many occasions to find the most wonderful conviences in the most inconvient to build places. On a recent holiday in the Isle of Skye in Scotland, we were grateful to seek shelter in a ‘Bothy’. Perched atop one of the most wind-swept and challenging gradients was the best equiped shelter we had ever found, it boasted full glazing, chairs, rugs, a fireplace, shovels, first aid kit and bunk.

Inspired by the philanthropy we had enjoyed , CC and I decided to be hospitable to our little feathered friends and made some pinecone feeders for them to enjoy.

How To Make A Pine Cone Feeder

– Tie a length of string to the large end of your pine cone.

– Stir in some wild bird seed and dried fruit.

– Allow the mixture to cool a little and the press into the spaces on your pine cone. Finish by rolling in extra seed. 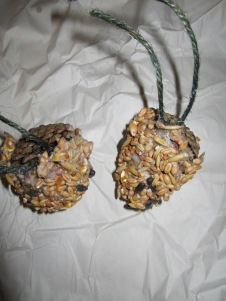 – Cool the cones before hanging them outside.